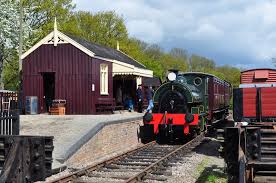 John Stark will guide us through the history of the Mid-Suffolk Light Railway (known locally as the Middy), a quintessential English light railway which meandered through the heart of the Suffolk countryside for around 50 years and into the hearts of its local community. It was bankrupt before it started but struggled on serving its local community as an independent railway, as part of the LNER, and then as part of BR until its closure in 1952.

In 1990, a society was formed to keep the memories of the Middy alive, a year later they formed a museum to recreate the Middy and the rest is living history. Mid-Suffolk Light Railway Museum recreates a slice of Edwardian life that everyone can enjoy.

No need to book, just turn up, £3 for Friends of Diss Museum, £5 for non-members.